HOME WHO WE ARE CORPORATE SOCIAL RESPONSIBILITY

OUR SOCIAL ACTIVITIES DEFINE WHAT WE ARE

We are not just a firm that supplies products that improve the quality of life, but we also accentuate social activities. We strive to make a difference in the lives of the people around us by encouraging them in their endeavors. Its our mission to empower each sector of the society with digital solutions that can transform and simplify their lives. Our social skills have facilitated us to create effective mobile applications that have brought a major change in many lives. SHAPING THE YOUNGEST INDIAN MINDS AT

Arts form an integral part of the Indian heritage. Arts are the building blocks of child development that help in creativity, appreciate visual aesthetics and develop soft skills. Azista has taken this step to support Sankalpa, school of fine arts, to encourage artists of all age groups, ignite their imagination, revive our dying traditions and motivate students in the field of art and design.

Sankalp Arts is a aims at enlightening the fading Indian tradition and culture by inspiring the youngsters. The school offers an array of courses in classic dance-forms and folk-music. It encourages the talented candidates to take a foot forward and brace their skills. It aims at spreading awareness pertaining to Indian culture and fostering it among the youngsters. 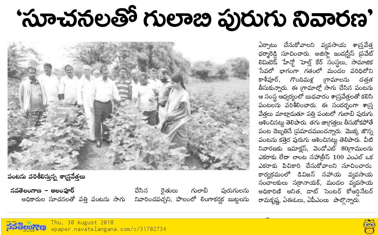 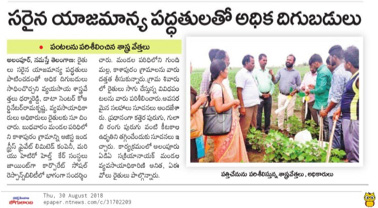 The above photos show cotton field visits of the farmers at Kasipur and Gundimalla villages of Alampur Mandal after conducting and educating farmers about pink bollworms, how to early detect and timely manage the insects in cotton crop and also pink bollworm pheromone traps installed in 6 member farmers (cotton) for monitoring the pest on 30-08-18. 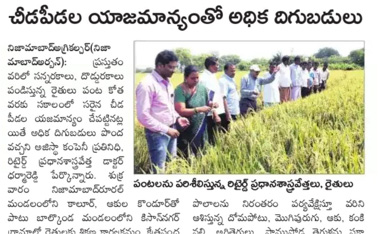 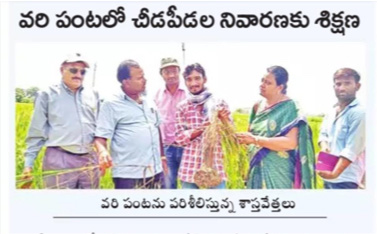 The above photos show the training programme organised by Azista Industries for rice farmers of Kaalur and Gundaram (Nizamabad North) and they were educated on Panicle Mite and BPtt in rice crop. Also, they were suggested how to detect Panicle Mite & BPH and recommended suitable management practices. Later, the farmers were taken to rice fields to show live demonstration on above mentioned insects in standing crops of rice on 05-10-2018. 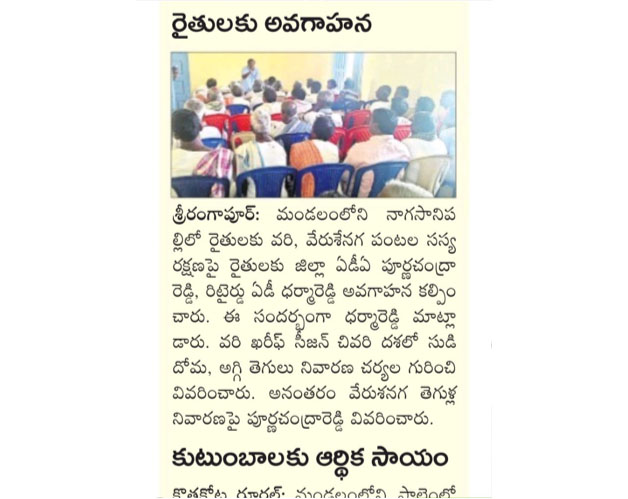 Under CSR activites, the adopted villages of Nagasanipally and Sharepally of Srirangapur Mandal, Wanaparthy dist. were visited on 20-10-2018. The Assistant Director of Agriculture, Wanaparthy and Dr. K. Dharmareddy from Azista Industries organised a training programme on brown plant hopper diagnosis and management. Also, they explained the management practices of insect pests in Rabi groundnut. After completion of the programme, they also visited farmers’ fields and demonstrated diagnosis methods. 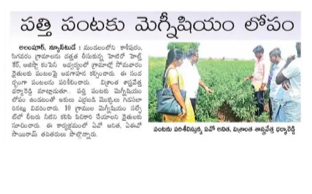 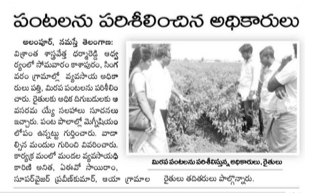 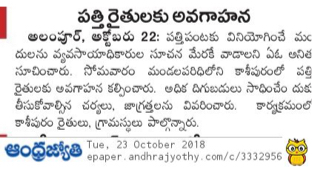 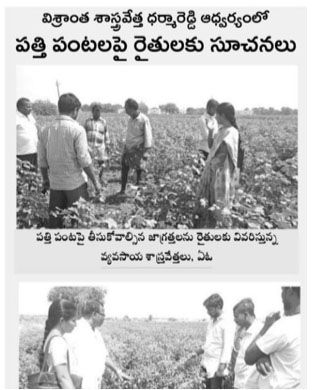 Under CSR activites, the adopted villages of Kasipur and Singavaram of Alampur Mandal, Jogulamba Gadwal dist. were visited on 22-10-2018. The Assistant Agriculture Offier, Agriculture Extension Officer and Dr. K. Dharmareddy from Azista Industries organised a training programme on various aspects of cotton crop and management. Later, they visited farmers’ fields of cotton and chilli in Singavaram village and suggested suitable management practices.

Keep yourself updated to Azista’s new products and much more.

We promise, we won’t send you spam.

Explore the career opportunities at Azista and apply for the career openings that match with your qualification and interests.

Discover how we work tirelessly to promote talent, fight against society menaces and tackle environmental issues.

Here’s your dose of information. Get insights and information pertaining to the areas we serve by following our blog section.

We love to meet new people! Get in touch with us to put forth your queries and to clarify your doubts.